I took my eldest son to Sicily for his college graduation and my 60th birthday. For me it was particularly poignant as my mother’s side of the family are Sicilian immigrants. The first of the family to immigrate was my grandfather Vito. I remember him very well, although he died young. He had a heart attack shoveling out his car in the snow storm of 1967 in Chicago. He was a benevolent presence in the family and I recall him sitting down to every meal with a shaker of red Chili’s by his hand.

One of the excursions we made in Sicily was near Siracusa, a really beautiful town on the water. We were invited to lunch at the farm of a Contessa. She was a lovely down to earth woman and a great cook. As a pastry chef, the dish that caught my fancy was a crostata. A crostata is made with a sweet dough enriched with eggs, sugar and butter called a pasta frolla. It’s usually filled with homemade preserves. It’s every housewives go to dessert and you also see it in many pastry shops. When the Contessa made it for us she filled it with homemade orange marmalade from local oranges. It was so simple but delicious. It’s one of those simple pastries that is heavily dependent on excellent cultured butter and great preserves.

Aperitivo with the Contessa 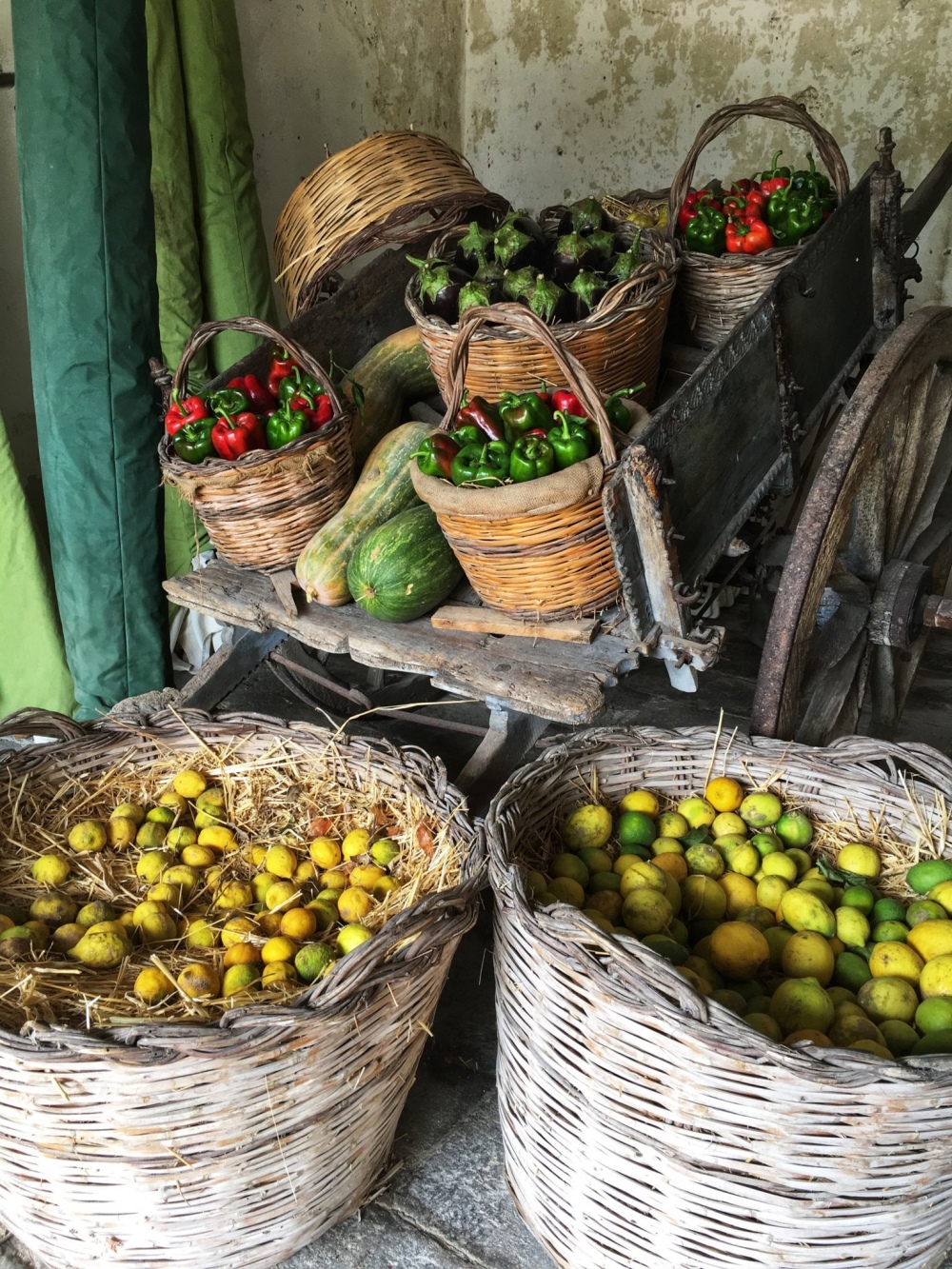 Courtyard of the Contessa’s home

After returning home, I contacted the tour guide and asked if he could procure the Contessa’s recipe.

I’ve made a few changes to her recipe and improvised as well since she didn’t give instructions on how thick to roll the crust, what kind of flour she used or how much marmalade to put in the shell. I found hers a bit too sweet so I reduced the sugar in the pasta frolla and added lemon juice to my preserves. If you want to add the sugar back to the crust, add back 50 grams.

I’ve used my own homemade blood orange marmalade but you can find very good preserves on line and sometimes in the grocery store. The first time I made this I used Bon Maman Séville Orange Marmalade. Any tart and slightly bitter marmalade will work. Sour cherry preserves or raspberry would also be good. I’d stay away from sweet preserves like strawberry or peach.

This pasta frolla recipe is enough for a 9″ or 10″ tart tin plus extra for lattice, leaves and flowers.