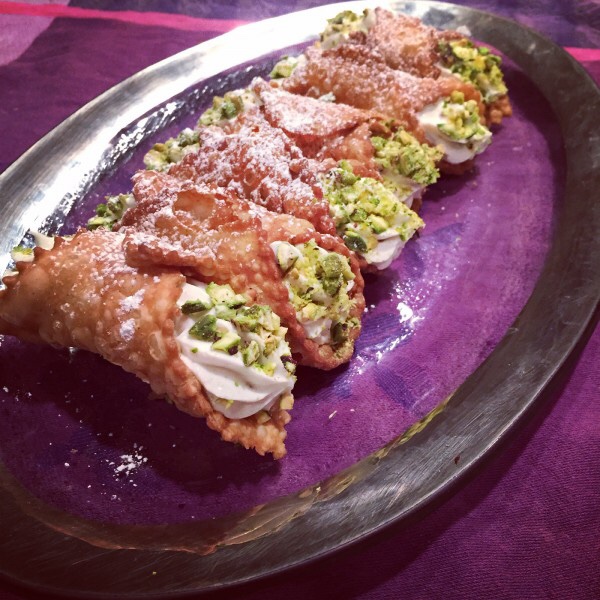 The only other cannoli I’ve had that rivals my grandmother Natalie’s was from a now extinct pastry shop in Chicago called La Pasticeria Natalina, which was owned by a talented young pastry chef called Natalie Zazour. Interesting that the two Natalies made the best cannoli I’ve had in this country. Daniel and I are going to Sicily this fall to celebrate his graduation from college so I’ll keep you posted about the cannoli in Sicily. Zazour’s cannoli were different than mine, made with imported sheeps milk Ricotta, dark chocolate chips and a strip of candied orange. They were lovely and I’ve tried them with my family but I always return to Grandma Nat’s, at their insistence.

The first key to good cannoli is to fill them to order, So, if you see pre filled cannoli in the refrigerator case at a bakery, walk away.

The second key to good cannoli is the shell, which must be light and crisp in order to contrast with the creamy filling. That is why you can’t pre fill them. Every minute they sit in the refrigerator they soften from the moisture of the filling and the inherent moisture in the refrigerator case or your refrigerator at home. You can fill them really fast with a pastry bag, so it barely saves time if you pre fill them and stick them in the fridge. And no, don’t fill and freeze them. Just don’t.

The third key to a good cannoli is a filling that is light and creamy and has the unique taste particular to ricotta. Whether you use sheep’s milk ricotta or cows milk, make sure it’s whole milk and it’s creamy. I like Leoni or BeGioioso. If it’s grainy, you’ll never be able to eliminate that grainy texture even if you work it through a fine mesh sieve or tami. If you live in or around New Jersey, I would recommend trying sheep’s milk ricotta. You can order imported sheep’s milk Ricotta from Pastacheese.com. When you shop for ricotta insist on tasting it. It should be smooth and creamy, tasting of fresh milk. My grandmother has a technique for lightening the ricotta that I’ve never seen elsewhere: she makes a biancomangiare, which is cornstarch pudding, with whole milk. It lightens the filling without adding richness or a competing flavor. I love mascarpone and I know those who use it for cannoli but in my opinion, it’s too rich and its flavor overpowers the ricotta. Some use whipped cream. It’s not traditional and not very stable and once again, you want your filling to taste like fresh milk, not cream. It would be worth trying to mix Italian Meringue into the ricotta instead of the biancomangiare. You’d have to reduce or eliminate the powdered sugar but the Italian Meringue might lighten the ricotta without affecting the flavor and would be more stable than the biancomangiare. I don’t know how it would affect the texture. However, for the home cook, the biancomangiare will be easier, and my family has forbidden me from altering the recipe. So, if you try Italian meringue let me know!

This recipe makes about 40 shells. Grandma Nat used to keep them in a shoe box on the top landing of her two flat. The staircase to her apartment wasn’t heated so the shells kept well in the dry chill of that space. Hers lasted about 6 months.

So, I offer you Grandma Nat’s cannoli and I hope you enjoy them as much as we do

INGREDIENTS FOR SHELLS (makes about 35 shells)

Use a round or open star pastry tip with a fairly large opening. The size of the tip depends on the size of your chocolate and citron bits. You need the pieces to get through the tip. Pipe the cannoli filling into a pastry bag and fill one end of the cannoli to the middle and then the other end. Dip both end in chopped pistachios and dust the shells with powdered sugar. Serve within the hour. 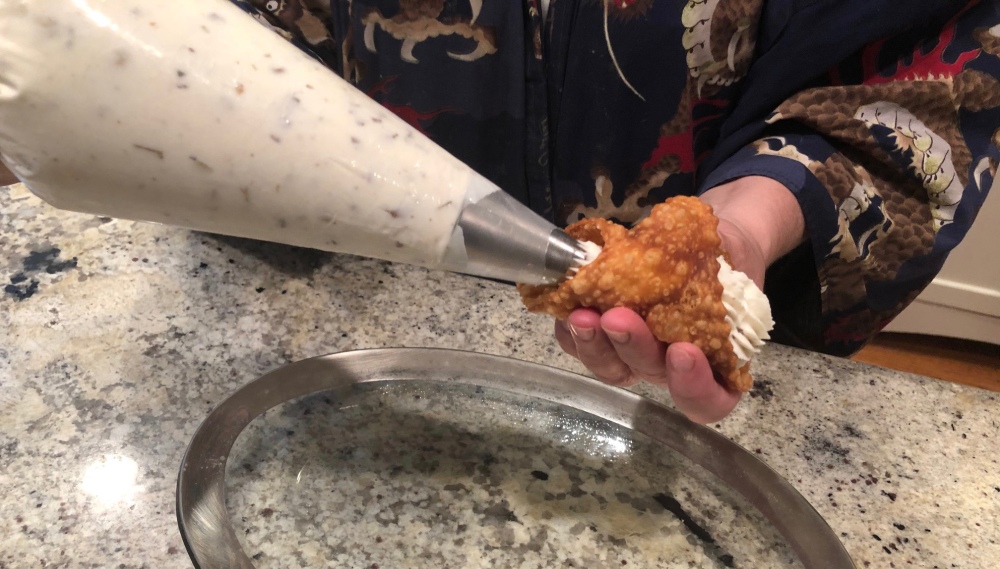 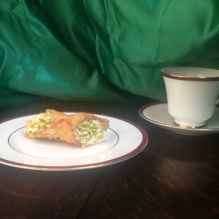 Daniel and I did go to Sicily in October 2019. It’s such a lovely country and we had a fabulous time. The Sicilians we met were warm and friendly and very proud of their country and culture. Its history is fascinating. It’s a country that was invaded frequently and each time, the Sicilians blended some of the newcomers culture with their own, creating a civilization that is rich and varied.

However, having eaten cannoli in Palermo, Cefalu, Agrigento, Noto, Siracusa and Taormina we only found two places that rivaled my grandmothers: Cafe de Sicilia in Noto and Roberto’s in Taormina. The cannoli at Cafe de Sicilia used sheep’s milk ricotta with no embellishments. We found them a bit plain and wished for a bit of candied orange peel to make them more interesting. The cannoli at Roberto’s also used sheep’s milk ricotta but dipped the ends in candied hazelnuts. I would recommend both places. 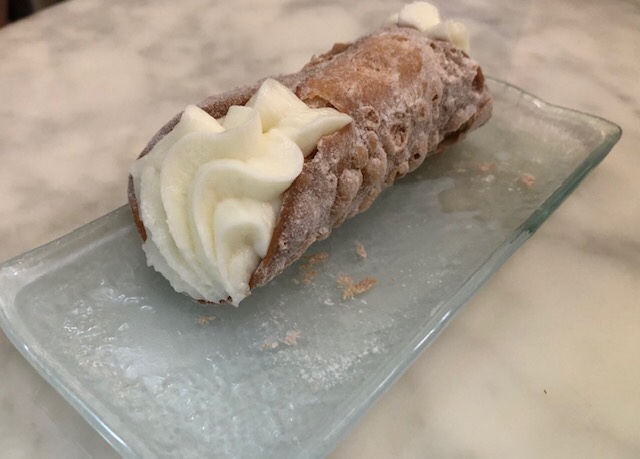 Sicily is equally famous for its granita. If you go to Cafe Sicilia, be sure to try their almond or lemon granita, both of which are amazing. If you are in Taormina, go to Roberto’s cannoli but don’t miss Bam Bar for fabulous granita. Daniel and I fell in love with the combination of strawberry granita with almond granita topped with whipped cream.

Daniel and me in Taormina